Welcome to our new Grime channel When Skepta stepped up to the podium at the Mercury Awards in September the whole Grime scene stepped up with him. It wasn’t the first time Grime graced the Mercury stage – Dizzee Rascal’s win back in 2003 made people sit up and take notice – but this time it felt different. It was symbolic. This wasn’t about recognition. It was about respect. 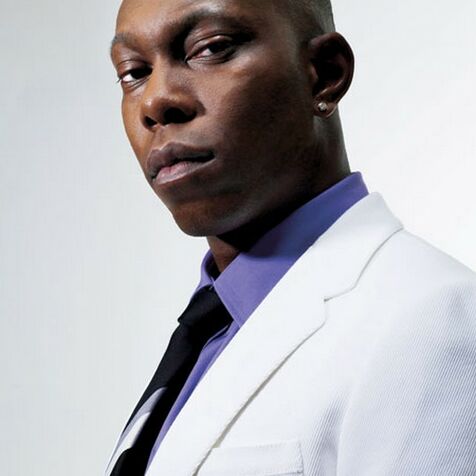 Dizzee Rascal lept into the mainstream

Since 2003 the scene has moved from the streets of Bow in East London and onto the global stage. You’ll hear Stromzy on the streets of Paris, Skepta sells out shows in Tokyo and Drake is championing the scene stateside. Grime has always been the ultimate UK sound – honest, passionate and vital – but now it knows no limits.

Grime may have flirted with pop as the early excitement spread but in recent times the sound has gone back to its roots – the tracks that grace our Instant Grime playlist show a scene confident in its rawness and honesty. The artists have gone back to basics too, taking back control of their art and their careers, free from label control and expectations. If you bought a physical copy of Skepta’s Konnichiwa it’s likely it was dispatched from his house as he went full DIY and released it independently.

Grime is unique and something as UK music fans we should celebrate and take pride in. That’s why today we’re launching a new Grime programme. We’re creating a dedicated Grime channel. We’re also going to support up-and-coming Grime scene artists, promoters, filmmakers and photographers to do what they do best – providing bursaries and access to our platform. The scene doesn’t need our help to be successful. It’s doing that all on its own. We’re doing this because we love the music. We believe in the scene and want to show it the respect it deserves. We want more tracks and artists in Deezer for you to discover and more playlists to explore. We’ve got more to do but the journey starts today.

We also want to hear from you. What can we do better in how we cover Grime? Tweet us at @deezeruk.

Check out our new Grime channel.

New to Grime? Check out our Instant Grime playlist.

[…] Deezer adds new features on a regular basis. The company rep tells MyMac: We have the largest  and most diverse global music catalogue with 43 million tracks. Also for high audio listeners, Deezer Elite is available. We also just launched a new Grime channel that is global which also aims to support new emerging artists that you can read more about here. […]

Deezer – the official streaming partner for Manchester Arena & SSE Hydro
Deezer is enhancing the music experience for concert goers with two new venue partnerships with Manchester Arena and the SSE...
254 LikesLeave a comment

The Soundtrack to your Summer Road Trip
Perfect Roadtrip – listen on Deezer Over 145 million adventure seekers are planning on taking a road trip in...
233 LikesLeave a comment

OK Google, play my Flow
Google Home, Google’s smart PA trapped inside a speaker, has just added Deezer to its list. With Google Home and...
204 LikesLeave a comment